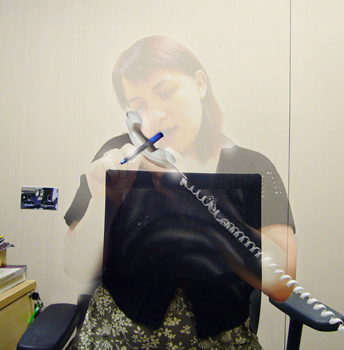 Most people have no idea how much effort it takes you to do your work. Whether you’re a gourmet chef, a house painter, a web designer, or a graphic designer – the work you do is invisible. People judge its worthiness not on your effort, but on the result. Can you (and should you) market your invisible work?

If you’re selling a used bicycle on Craigslist, you would likely describe its: size, color, style, features, condition (and maybe include a picture of it). But supposing you also told the story of the bicycle: when you bought it, where you rode it, the fondest memory of riding it, the attention to paid to its regular upkeep, etc. A person buying the bicycle is buying more than just your bicycle – they’re buying your story of your bicycle – and that commands a much higher level of interest. That’s why antiques that have a documented story sell for higher amounts.

If you own a restaurant, don’t just describe the meal based on its appearance and taste. Explain how much time it took to find the ingredients, prepare them lovingly, and slow-cook them to perfection. People are fascinated by details – let them feel a part of the work you do.

When you are marketing your business, make sure that you are appealing to the logical and emotional sides of the prospect’s brain. You want them to feel fortunate to have purchased from you. Give them the opportunity to feel good.

1 thought on “Marketing The Invisible”