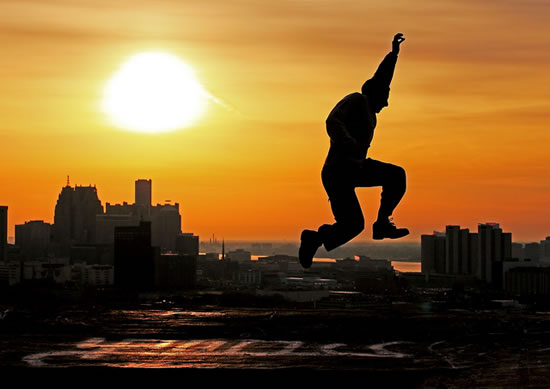 The common wisdom is to “look before you leap”. In business, it’s considered reckless to act before understanding the marketplace, analyzing your competition, and weighing your options. Investors frequently ask for your “five-year plan”. But what if this thinking is (mostly) all wrong?

Repeat the mantra for high-tech startups: Fail Early and Fail Often. Instead of spending time in research, startups spend their time creating cheap & fast tests that yield insights. They then combine the best aspects of their various tests to create a clear path for success (including being willing to scrap the new idea).

For example, before you spend the money to develop a new product, see if anyone wants to purchase it! Create a single website landing page test with an image of your proposed product and a description of the offering. Even put a price and a “buy now” button on the site. But since you don’t have the ability to sell it now, simply have the “buy now” button click to a signup page (to get notified when the product’s available). Then create pay-per-click (PPC) ads which are connected to your test landing page. After a day or two, you should have plenty of data – are people interested enough in your offering to buy it?

If you’re instead offering a new automated service, then simulate the service. Let people order from you as-if you had the technology to automatically fulfill their order – but instead have people manually do the work (behind-the-scenes) to simulate the automation. Later on, you can iron out the technology.

Tests done well can show you the results of your future efforts today, and help you gauge the wisdom of your strategy.

Sometimes it’s better to take a series of small peeks-and-hops instead of big looks-and-leaps.